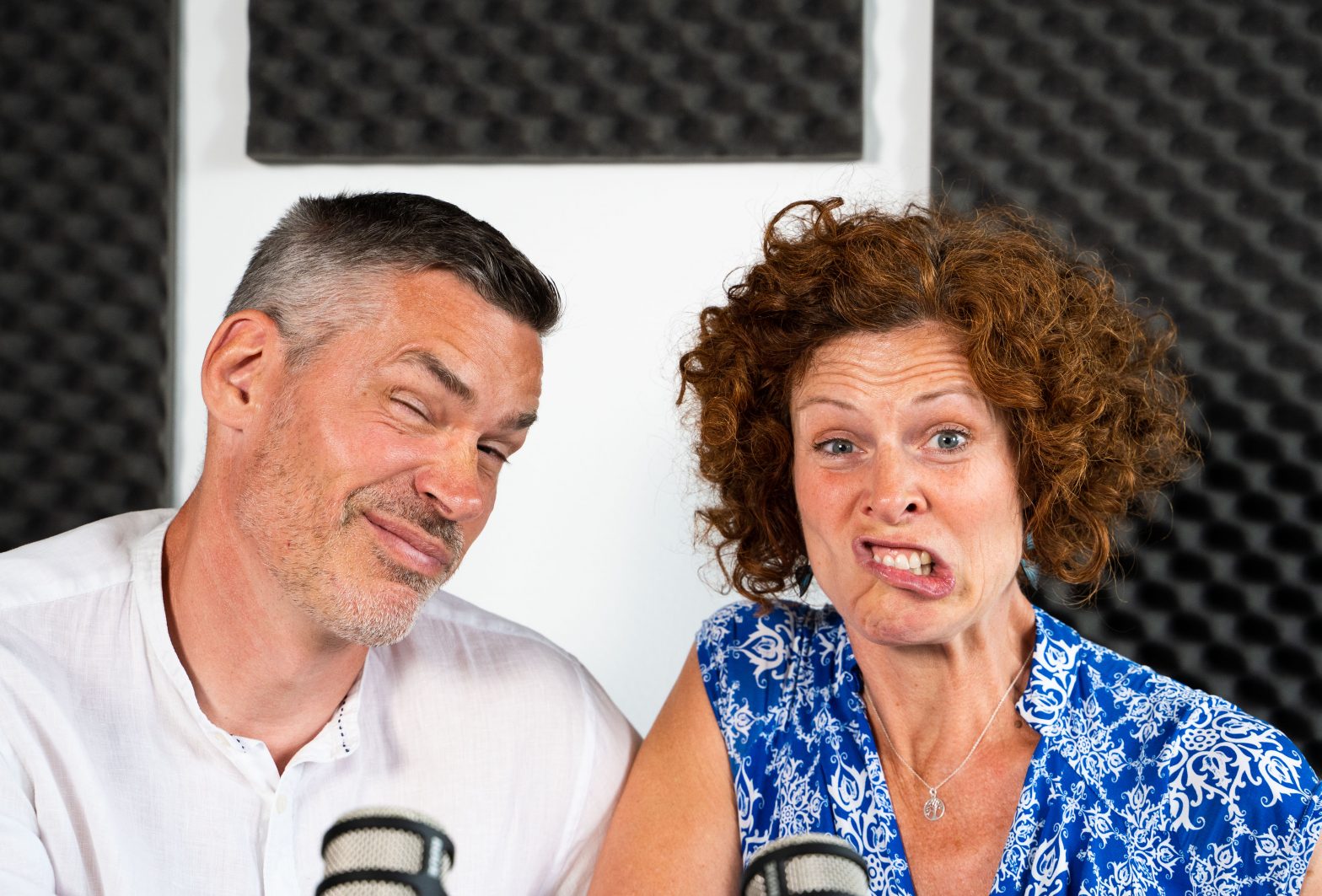 “Fights are going to happen in any relationship – it’s inevitable and it’s healthy – but research shows that couples who are genuinely happy in their marriage or relationship handle their conflicts in gentle, positive ways. They listen to their partners perspective, they seek to understand their partner, and they work together to find a compromise that works for them both.

Sometimes we say and do things that damage our partner. We forget seeking understanding, and we give a 20-minute diatribe on why were right and they’re wrong. We get defensive, we criticize, we show contempt, and we turn away at the very moment we should be turning toward each other. We call these regrettable incidents – our nice term for a fight, and ”master couples” know how to minimize the damage from the words said in the heat of an argument. In John and Julie´s research they divided their couples into ”masters” and ”disasters”. Master couples stayed together happily. Disaster couples split up, or stayed together unhappily. When it came to conflict, the masters always knew how to repair the damage done during a regrettable incident.

Below is a process of repair for when regrettable incidents happen, and this should be part of your system for managing conflict in your relationship. Processing a fight means talking about what happened during the fight, without jumping back into the ring with your boxing gloves on. It’s the fight recap, where you figure out how to make this particular matchup go better in the future. The goal here is not to once again argue for your reality or prove that you’re right and they’re wrong; it’s to understand what reality looks like to the other person. Both of you are right in your own feelings and perceptions, and you’re capable of looking at the situation through your partner´s eyes.

Step 1: Each person takes turn to talk about what they were feeling during the fight: Were you feeling sad, angry, worried, lonely, ashamed, unappreciated, defensive, or any other emotions and feelings? Perhaps you were feeling out of control or confused.

Step 2: Each person should talk about how they saw the situation and their perspective about what actually happened in the argument. Keep in mind that you may have two very different realities of what happened, but both are right. Avoid contesting who remembers it better. Validate each other´s realities. Validating doesn’t mean agreeing. It means being able to compete a sentence like, ”From your point of view it makes sense to me that you would have those feelings and needs. I get it.” Communicate to your partner that you understand some of their perspective. Only talk about the feelings and needs you had. Use ”I” statements. Don’t tell your partner what they did or did not do. As much as possible, avoid pointing you finger at your partner and blaming. It’s better to say ”I heard you saying…” that to say ”You said…” The former phrasing makes it clear that it’s your perspective, not necessarily the facts. There’s no immaculate perception.

Step 3: Triggers. In some regrettable incidents (not all) there are reasons that the conflict has escalated. We call these ”triggers”. They are old, enduring vulnerabilities that occurred before this relationship began and left emotional scars that can get activated. When you feel triggered, search your memory for a point in your history or childhood when you had a similar set of feelings. Triggers never go away, they endure.

Instructions: if you feel triggered, tell your partner the story of what happened in your past, so your partner can understand your own particular sensitivities and why this is a trigger for you. If you are the partner, express understanding and empathy as your partner describes the incident and connection. Examples of triggers that may help you connect a feeling to an incident:

>> A time when I felt excluded.

>> A time when I felt humiliated and disrespected.

>> A time when I felt abandoned.

>> A time when I felt powerless.

>> A time when I felt out of control.

>> A time when I felt belittled.

>> A time when I felt very unsafe.

>> A time when I was assaulted and attacked.

Step 4: Accept responsibility and own up to your part in the fight. Perhaps you’ve been overly stressed or preoccupied, or you haven’t made time for your partner, or you haven’t been a good listener. What can you own up to in how you contributed to the argument? It’s important to avoid blame here. We discovered in our research that taking responsibility – even for a small part of the problem in communication – presents the opportunity for great repair. It’s ugly effective.

This site uses Akismet to reduce spam. Learn how your comment data is processed.

© 2022 The Lovers. Created for free using WordPress and Colibri